The Phoenix Project: A New World
A Speculative Mystery Novel

Copyright © The Phoenix Project: A New World. All rights reserved. 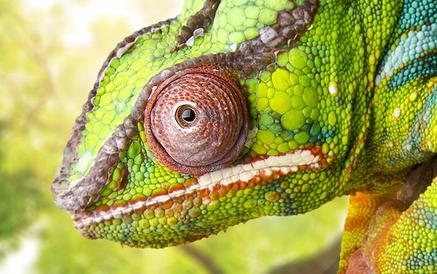 We’ve been hearing a rumor that cattle were being bred in some secluded place and a few might be butchered and brought into the city.  Real unmodified meat; the idea was too much to grasp.

Someone heard a shipment of organic vegetables would be arriving.  If the truck was able to make it into the city without being hijacked, it would quickly become surrounded with people ready to bargain for whatever they could get from the truck driver and his partner.

Word of this truck and what it contained had been received four hours ago. For our crowd control we hoped to get compensated by the smugglers, a bonus our captain wouldn’t discourage.  He knew we were putting our lives on the line, and he considered any gift by the perpetrators well deserved.   He also knew anything we received would be shared with the division.

The meeting place was always near a main road and secluded.  Jack and I arrived first. Rounding the corner and pulling into the shadow of a big warehouse on the edge of town, we waited for the rest of our team, Nate and Mario, to park where they could watch the crowd.

Once in place, we all settled in to wait.  Although it was after noon, it would remain dark until one or later when the debris blocking the sun finally moved away from the city.

I’m the only woman chief detective in the state.  The three men on my team enjoy our diverse assignments.  If women are to be detained for any reason, female officers have to be involved, so it makes sense to send me and my guys.  At five foot four and inching towards forty, I’m not threatening.  Jack is solid at five eleven.  Although smaller in stature, Nate and Mario are equally protective.  I appreciate the respect they have for me and my position.

“What time is it, Sam?”  Jack asked.  He had closed his eyes but I knew he wasn’t sleeping.  I wondered if he slept at night.  He always looked exhausted.

He sat up quickly as a second truck rounded the corner.  We had expected only one. It was going to be difficult to secure the area if both opened for business.

“It’s one thing to let these entrepreneurs operate.  We can protect them and their goods but our leak could have told us they had another truck.” Jack grabbed his vest and flung the door open, “Well, it’s time to go to work.”

The driver came out of the first truck and walked to the back.  The sale began.

The crowd was small and the sales were fast.  Some cash was exchanged but most buyers brought clothing; cotton, wool and leather.

We hoped there wouldn’t be any violence but we were prepared.

With the corrosive conditions our little Uzi had been rebuilt too many times, and bullets were as hard to come by as a good meal.  It was needed for our protection; especially considering the mob we often found waiting for the trucks.  Rumors like this delivery spread fast.

“There!” Mario’s voice in my ear interrupted my thoughts.  We saw the gun and boxes of ammunition.  The guys closed in on the woman who had taken them out of her bag.  They were quickly handed to a man on the truck who weighed and handed back a box of food.

What seemed like forever was only an hour.  Two women picked up anything that had fallen on the ground, unconcerned with the condition.  No organic food was wasted. Leaves, stems, all would be used somehow to create a meal for a family.

“Who would have thought food could replace gold and other valuables.”  I didn’t realize I’d been thinking aloud.

“Yeah, only now they eat what they steal.” Jack started the car.

We were given two big boxes of vegetables, enough to make a hearty stew for the team and fellow officers back at the station.  Mario and Nate left to escort a truck convoy and would bring back something for their effort.  As grateful as we all were for this perk, everyone felt guilty when there wasn’t enough to share with our families.  Occasionally extra potatoes or fruit are carefully wrapped up, a precious gift and surprise for someone waiting at home.

We finally arrived at the station just in time to hear Mario and Nate telling tall tales.

“So these guys are blocking the road with their cars, and…”

From the excitement in Nate’s voice it was obvious this was his first black market.

“Mario climbed out of the truck and showed his badge.  Just like that it was over!”  Nate slumped in his chair.  The energy required to tell the story had exhausted him.

Playing along, Mario puffed out his chest, put his thumbs in his belt and endured the unnecessary back slapping.  We all knew that seeing the police providing protection is usually enough to convince most potential hijackers to step aside and let the trucks pass.

The grateful owner had given them three turkeys.

Captain Burke quickly took inventory and announced, “We have enough for a dinner. I need three chefs.  Who’s on deck?”

Three voices sounded like one, it was time for celebration.   Staff and their families would share this meal.  The vegetables were divided for turkey soup.  We all knew to accommodate everyone there would be a lot of broth but sharing this windfall was the right thing to do.

Our group is close.  My team and our support staff have been together a long time.  We look forward to the few opportunities we have to share our smugglers booty and catch up on the latest news and gossip.  Our homes all have projects our group has pitched in to complete.  We applaud the brave family who volunteers to try the newest water recycling device, chemical toilet or whatever green contraption offered to the public at the time.  Someone always offers to help install while we all wait for news of its success or failure.  The failures have provided us with belly laughs and great stories.  In time the successes find their way into our homes.  Over dinner we relive the best and the worst of our efforts.  My partner Jack will forever be reminded of the windmill blade he installed backwards and the weeks it took for him to realize why it wouldn’t turn, even in hurricane strength winds.  And the generator that was to run on recycled waste but had no method to control the odor has often been included in the review of past failures.

The call came when dinner was just winding down.  John Paul, a good friend and occasional overnight guest, was in New York at a designers showcase, highlighting the latest in fabricated textiles.  I hadn’t expected to hear from him until he returned so the call caught me by surprise and in the powder room with Jeanne my assistant.

The loud background sounds made it difficult.

“Cheri’ I want you to come for the closing party.  There are flights tonight and tomorrow morning. You can be here in time for the dinner.”

I was stunned. Drop everything and fly to New York?  What was he thinking?  What about my work? “John Paul, I don’t know if I can get away.”

Jeanne had been fixing her hair, “Are you going?”

She knew my history with John Paul.  He wasn’t a boyfriend, he was just John Paul.  I think we both knew it was never going to be a permanent relationship, but we were always there for each other.  It’s an intimate friendship, someone to spend an evening with, enjoy a dinner, see a show, and maybe share breakfast the next morning.  Work, feelings, conversations considered personal weren’t off limits; somehow they never seemed to fit into the time we spent together.

“So are you going?” she asked again.

I had to laugh, remembering the gray hair I’d found in my brown ponytail this morning and the number of gorgeous women that cruise these events looking for someone like John Paul. “He can’t be serious. He didn’t say the airline ticket was waiting.  No I’ll pass. From all the noise I’m sure he’ll find someone to keep him entertained.  By morning he’ll have forgotten he called.”

I knew it was true but someplace inside I wished it wasn’t.  I knew John Paul wasn’t my dream man but it would be nice to find someone who could share my life and close that gap.

We arrived at the table in time to hear the end of Mario’s story about the Turkey Run and how he managed to get three live turkeys in his reconditioned Hummer.   The laughs were uncontrollable when his partner, Nate, described the interior of their company ride by the time they arrived at the station, “I swear you could stuff a pillow with the feathers if they weren’t all covered with shit.”

Our vegetables were welcomed but our day was uneventful, not resulting in a great story. Listening to the table chatter, I secretly wished for an incredible story.  One we couldn’t share…. with anyone.